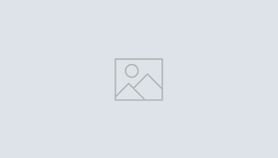 Craig Jung began teaching science and coaching girls basketball at Kenai Central High School in 1976. For the next 23 years, Craig pushed his teams to be the best they could be. During his coaching career he was honored four times as Region III Coach of the Year. He was also Alaska State 4A Coach of the Year in 1991.

His team won the State 4A Girls basketball title that year as well. He won 2 region titles and qualified for State 8 times.

Craig was an intense coach, quick to correct but just as quick to congratulate. His players thrived under his coaching style. During his coaching career Craig coached many talented athletes that became members of the NLC first team All-Conference teams, as well as, All-State teams. He also had many of his players go on to play college basketball, most notably, Stacia Rustad and Mendy Benson, both of whom played and graduated from DIVISION 1 universities in the Mid 90’s.

He was also inducted into the ASAA Hall of Fame in 2012 and was a recipient of the Gold Lifetime Pass in 2012 as well.